In October 2019 fall we purchased a building which will become Our New Island home, and will house new studios and new offices. It will be a much needed move for the station, which has been operating in an overcrowded and antiquated space.

489 State Road is a 3 level building, located in West Tisbury next to Up-Island Cronig’s and the Martha’s Vineyard Charter School. Once the building is renovated, it will increase the number of working studios available for broadcast and production. And it will house a main studio that will allow for guests. A spacious multi-purpose space will be able to host Board meetings and can be made available to community groups to host their own meetings. Adequate office space will enable efficiency and privacy. The building’s proximity to our current tower means that we will not have to relocate our transmitter and antenna. It is an ideal opportunity.

The Campaign for Our New Island Home has begun! Our Board members have made a lead donation that already as us at over 35% of our goal. With additional early donations from listeners we have raised over $1,000,000 to date. But we need your help, too!

Our Board members and senior staff would love to speak to you about how you can be a part of our success! Donation levels start at $5000 and go up to $500,000. They can be single gifts or multi-year commitments. There are many naming and acknowledgment opportunities.

The following Naming Opportunities are available at the new MVY Island Home. Custom signage will be created and hung prominently at the entryway of each space.

The following Underwriting Opportunities are available as part of premier support levels and include underwriting messages.

CLICK HERE TO DONATE TO OUR NEW ISLAND HOME CAMPAIGN 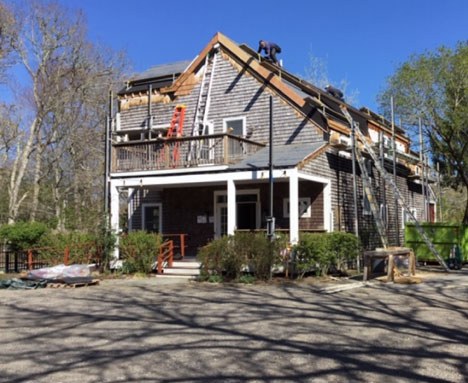 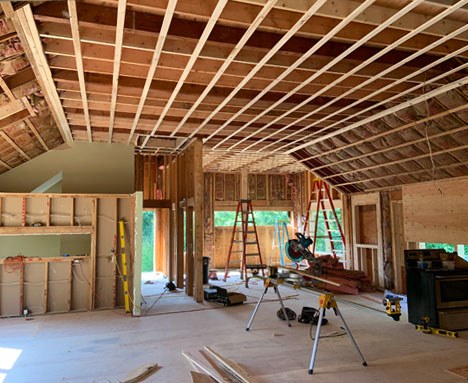 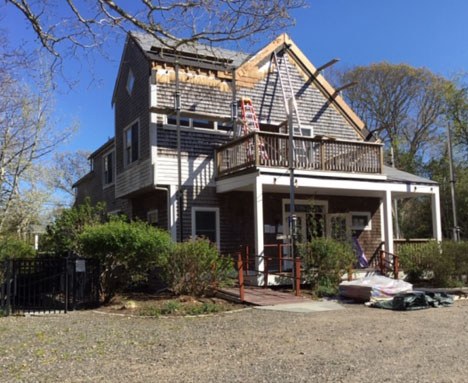 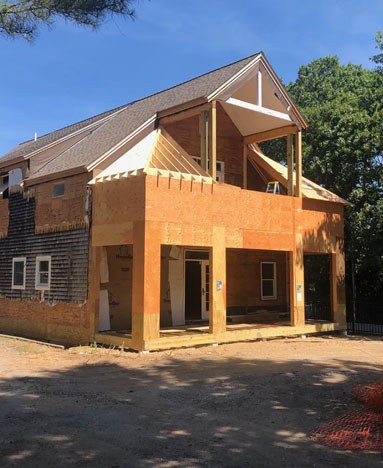 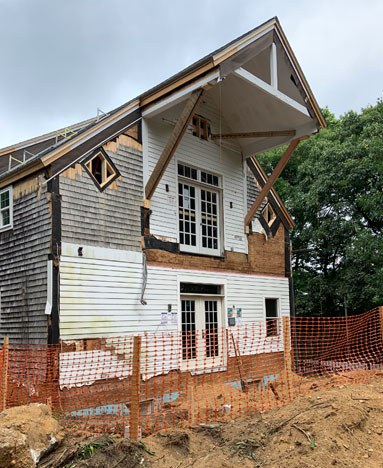 
June 2020 – After a pause in work due to COVID-19, construction on Our New Island Home is moving forward! The roof has been replaced and new siding and some new windows are in the near future. On the island, old sheetrock has been torn down and the building is ready for wiring, central air and new walls. The building permit to move all this forward was issued mid-month, and we expect it to be a busy summer of work, with a move-in date tentatively planned for early 2021.

The Board of Directors of MVYRADIO, the non-profit organization behind the Island’s long-running radio station WMVY, announced today that it has reached an agreement to purchase a property in West Tisbury. The building will become the new home of the radio station and its studios.

The station will purchase 489 State Road in West Tisbury, currently the home of Vineyard Complementary Medicine, which will be relocating their main office to Post Office Square in Edgartown in October 2019. The closing date is set for October 1st.

Later this summer MVYRADIO will announce the details of a capital campaign to cover the cost of purchasing the property, outfitting the building with modern studios, and creating proper office space to accommodate the staff.

“Just a few years out from the Save MVY Campaign, the station has found itself on solid financial ground and is ready to grow,” said MVYRADIO Board Chair Kathleen Teehan. “It is time to move to a facility that is befitting of a community institution with a worldwide reach.”

WMVY has been located on Carrolls Way in Vineyard Haven since the early 1980s. Despite the plan to move the studios and offices to West Tisbury, the station will still maintain a presence at this original site, as the transmitter, tower and engineering equipment will remain in place on Carrolls Way.

“It’s a lot of exciting change,” said PJ Finn, Executive Director of MVYRADIO. “We’re ready to be owners instead of renters, to replace old equipment with new technology, and to have space for staff, guests, and visits from musicians and our community.”

WMVY has been broadcasting with live DJs from Martha’s Vineyard since 1983 and streaming worldwide since 1999. Originally a commercial enterprise, the station converted to an independent, Massachusetts based 501c3 non-profit in 2013.